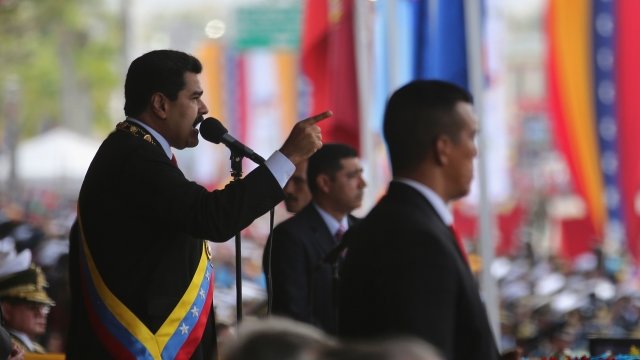 By Jake Jones
August 19, 2017
The assembly came to power through a vote that was heavily contested by the opposition.
SHOW TRANSCRIPT

Venezuela's controversial Constituent Assembly has voted to give itself legislative power. It's the latest move critics say pushes the country toward a dictatorship.

The vote doesn't get rid of the country's existing opposition-controlled congress, the National Assembly. But by taking over the power to make laws, the Constituent Assembly has taken away the opposition's main tool against President Nicolás Maduro.

The Constituent Assembly was questionably elected. Several countries, including the U.S., have denounced Maduro and called the new assembly a step toward dictatorship.

Maduro pushed to create the new assembly after anti-government protests worsened an ongoing economic crisis in Venezuela. The new assembly could re-write the country's constitution. Opposition leaders rejected the plan, calling it another attempt by Maduro to increase his power. 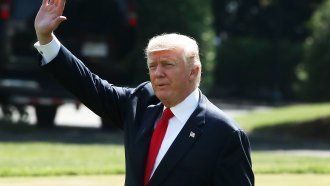 Previously, Maduro and his allies in the supreme court tried to dissolve the assembly and take over legislative authority, but that effort was reversed after it led to a new wave of intense protests. More than 100 people have died due to the unrest.

The U.S. sanctioned Maduro directly following the assembly's creation. Experts say passing nation-wide sanctions or targeting Venezuela's oil industry could do more harm than good. Broad diplomatic strokes like those have the potential to make matters even worse for the Venezuelan people. The inflation is in triple digits; shortages of food, medicine and everyday items like toilet paper helped push Venezuela to the brink.

Some opposition lawmakers, mayors and military personnel have fled the country. Others have fought back.

A group of armed men attacked a Venezuelan military base earlier this month. Maduro's hold on power is directly linked to the military's loyalty: Loyal officers are often promoted and given control of food supplies.