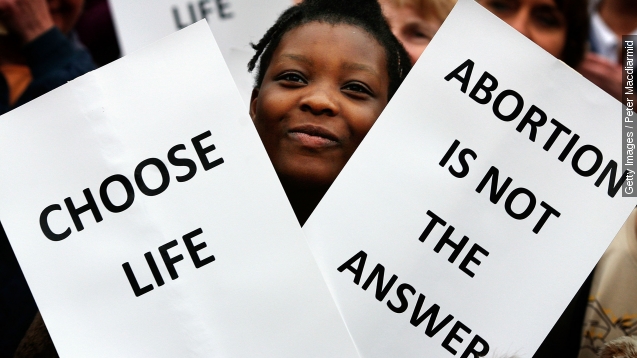 On Tuesday, abortion-rights opponents such as Students for Life and LifeNews.com are starting what they call the #WomenBetrayed National Rallies against Planned Parenthood.

The protests are in response to an undercover video that appears to show a doctor for Planned Parenthood casually speaking about the sale of fetal tissue for medical research.

Abortion-rights opponents say the video is proof the organization illegally profits from the sale of aborted body parts to researchers.

The President for Students for Life wrote, "They saddened me...not only for the babies who were ripped apart to be sold and for the mothers who may not have known what they consented to but also because Planned Parenthood gets over half a billion dollars a year in my money – and your money – as a taxpayer.

The President of Planned Parenthood apologized for the tone and statements by the doctor in the undercover video, but did not deny that fetal tissue is donated for research.

An op-ed by The New York Times' editorial board said the 9-minute undercover video, which is actually originally more than 2 hours long, was edited to leave out context from the doctors. Specifically, that any money involved is meant to cover Planned Parenthood's costs and that the organization receives full consent from mothers.

Some conservative politicians, like Senator Rand Paul, are confident outrage from the video will lead to Planned Parenthood being defunded.

Paul reportedly has 80 co-sponsors for his bill to take away funding for the organization.

Planned Parenthood has accused conservative politicians of manipulating the facts of how federal money is spent. The Hyde Amendment from the 70s barred federal funds from being used for most abortions.

The #WomenBetrayed rallies against Planned Parenthood will take place in over 60 cities.