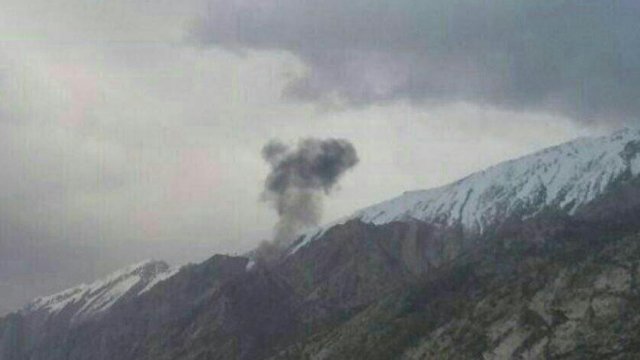 A private Turkish plane carrying 11 people crashed in Iran on Sunday. There were no survivors.

Six rescue teams were dispatched to the site of the crash, according to the Islamic Republic News Agency.

The plane left the United Arab Emirates and was headed to Istanbul when it went down in the Zagros Mountains.

It was reported to be still burning around noon Central Time.