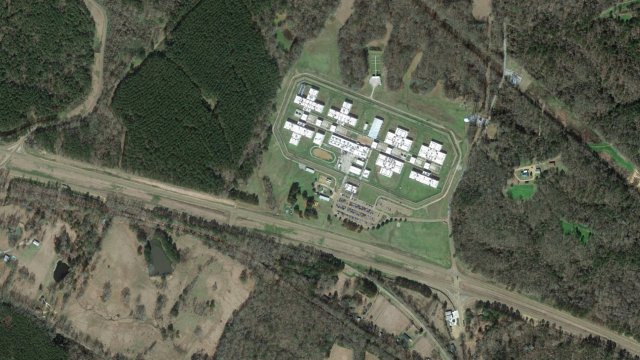 ICE agents arrested 680 people Wednesday in these sweeping raids at multiple Mississippi agricultural plants. But well before the raids, for-profit prison companies in the South were expanding to get in on the immigration detention business.

According to a July report by the progressive site Mother Jones, three private prison companies in Mississippi and Louisiana began housing ICE detainees last month, including asylum seekers from elsewhere. It said ICE contracts for the detention centers, including this private correctional facility in rural Adams County, Mississippi, could create room for detaining 10,000 unauthorized immigrants. That's an expansion of 4,000 people in the two states.

And that may be significant, according to this July 1 study by American Immigration Council, an advocacy group that provides legal services for mothers and children detained by immigration authorities.

Specifically, the group says the Trump Administration "has cast the net of immigration enforcement wider than previous administrations in its search for individuals who may be deportable from the United States." It said that means expanded enforcement far from the border, as well as moving beyond targeting people with criminal records or seen as security threats.

It is unclear for now where those arrested in Mississippi will be sent. They were being processed Wednesday at a hangar at Mississippi's Air National Guard base. In a statement, ICE said it was conducting interviews with "removable aliens who were unlawfully working at the plants" to determine who may be detained or granted release while deportation cases are pending.

Before the raids, Mother Jones reported that Southern states lack immigration lawyers and that Mississippi has no immigration courts. It said that means many have to represent themselves in video hearings, with out-of-state judges.