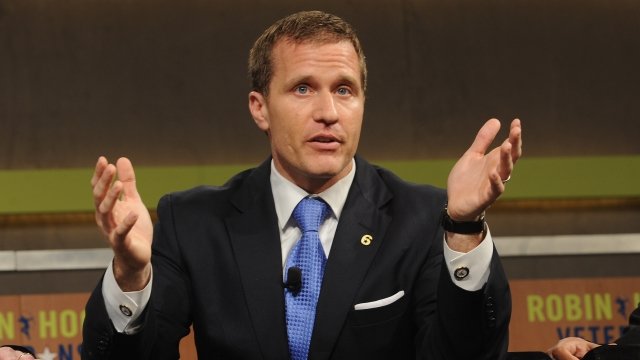 A judge has decided the felony invasion-of-privacy case against Missouri Gov. Eric Greitens will move forward.

But the judge also chastised the prosecution for committing "serious" rules violations. He said he'll consider any monetary sanctions after the case is over.

Greitens is facing felony invasion-of-privacy charges after he allegedly photographed a nude or partially nude woman he was having an affair with without her knowledge or consent. He's accused of then using the photo to blackmail the woman.

Greitens has admitted to the affair but denies any allegations of blackmail. He did not immediately respond to requests for comment on Thursday's decision.