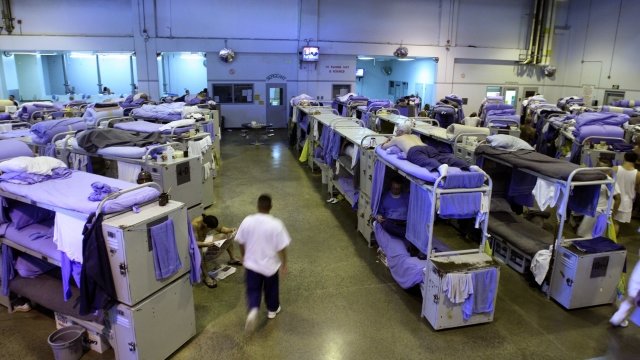 SMS
Inmates Organize Nationwide Protests Over Prison Conditions
By Jake Jones
By Jake Jones
August 21, 2018
In a list of demands, the protesters called for better prison conditions and rehabilitation programs and an end to "prison slavery."
SHOW TRANSCRIPT

Organized by advocacy group Jailhouse Lawyers Speak, the protest will reportedly include federal, state and immigration prisons as well as local jails. In a list of demands, the protesters called for improved prison conditions, better rehabilitation programs, and an end to  "racial overcharging" and "prison slavery."

The U.S. has the world's highest rate of incarceration, according to the nonprofit Prison Policy Institute. Inmates are often paid well below minimum wage, sometimes less than a dollar an hour.

The protest will include work strikes, boycotts, hunger strikes and sit-ins. Organizers say it's in response to a deadly prison riot in South Carolina that left seven inmates dead. The protest is scheduled to last until Sept. 9.