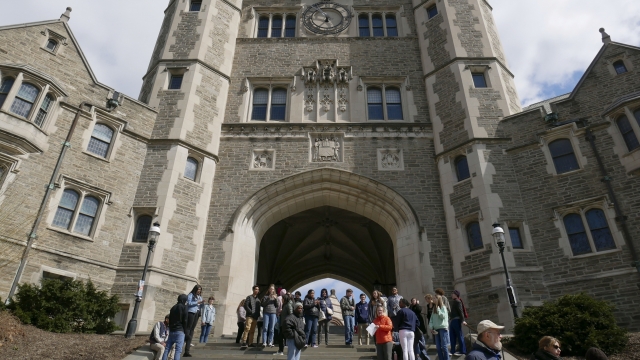 Princeton University has agreed to pay nearly $1 million in back pay to its female professors. The agreement follows a Labor Department report that found that between 2012 and 2014, 106 women in full professor positions were paid less than their male colleagues.

The summary payment includes $250,000 in future salary adjustments. The university will also conduct studies to determine other significant disparities against female professors.

The Labor Department launched an investigation into Princeton's pay gap about a decade ago. The review was paused in 2016 but then resumed a year later for "unexplained reasons." As part of an agreement to end the probe, Princeton will not admit any liability in the investigation and asserts "that it complied with both the letter and the spirit of the law."

In a statement, a university spokesman said the school agreed to the resolution to avoid expensive and lengthy litigation.

The spokesman said: "The University contested [the Labor Department's] allegation because it was based on a flawed statistical model that grouped all full professors together regardless of department and thus bore no resemblance to how the University actually hires, evaluates, and compensates its faculty."