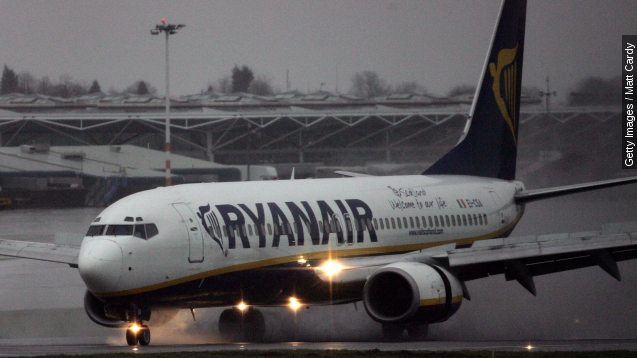 After being criticized for traveling using a private helicopter on taxpayer dollars ...

Leading people to say things like: "He really is one of the lads."

The Independent says people were pretty annoyed for the 20 minute delay, until they saw who stepped onto the plane.

We would have quit complaining, too. Who wouldn't offer Prince Charming a seat next to them?

The Daily Express reports the prince, aided by one body guard, was traveling to Scotland.

This was to continue training with the charity East Anglian Air Ambulance. That's a year-round emergency helicopter service. #Noble.

Can you imagine bumping elbows with a future king, kicking ass and saving lives?

Or if that's a bit too dangerous for you, it's quite possible you may randomly see him on a budget airline.

Royals. Just like the rest of us. Except, you know, when the royal family does actually use those private helicopters. Then ... not so much.