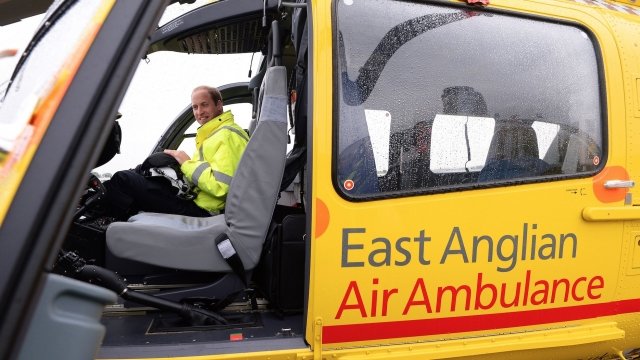 SMS
Prince William's Nonroyal Career Is Ending
By Katherine Biek
By Katherine Biek
July 27, 2017
After finishing his last shift as an air ambulance pilot Thursday, the Duke of Cambridge will step up his royal duties.
SHOW TRANSCRIPT

Prince William's civilian gig is over. His last shift as an ambulance helicopter pilot is July 27.

A civilian job falls in line with what the prince has said about giving his family a life somewhat out of the royal spotlight.

BBC reports the British monarch worked almost 10-hour shifts. He was paid but donated his full salary back to his employer, which operates as a charity.

Patrick Peal, East Anglian Air Ambulance's chief executive, said in a statement: "We can't thank William enough for his hard work and commitment to the charity during this time. ... His dedication to the job, and wonderful character will be greatly missed."

In a letter published by the Eastern Daily Press, William reflected on his time with EAAA, writing, "From the moment I joined, when that phone rang at the base for the first time, it was clear that I was a fellow professional, a pilot with a job to do — in such a team there can be no other option, but still I am grateful to my colleagues for accepting me so readily." 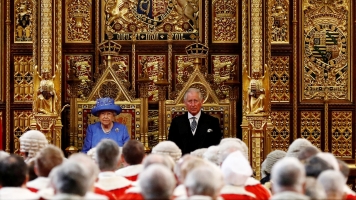 The Duke of Cambridge will now have more royal duties. His grandfather Prince Philip is retiring from royal life this fall, and Queen Elizabeth has been scaling back the number of events she attends as she gets older.

To accommodate his busier royal schedule, William and his family will spend more time at their home in London's Kensington Palace.

Before he was an air ambulance pilot, William was a search-and-rescue pilot with the Royal Air Force.