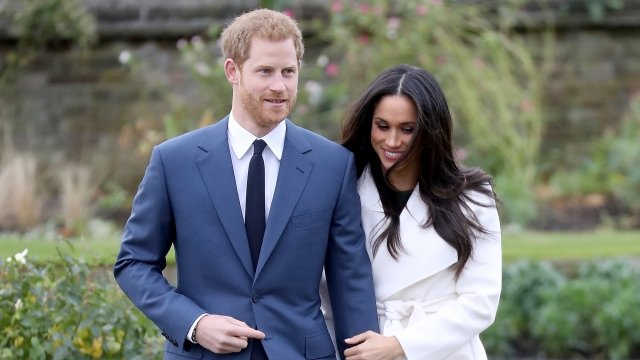 SMS
A Lot Of The Royal Wedding's Cost Could Land On UK Taxpayers
By Matt Picht
By Matt Picht
May 17, 2018
Prince Harry and Meghan Markle's wedding will end up costing around $43 million, according to some estimates.
SHOW TRANSCRIPT

When you're royalty in the U.K., there's really no such thing as a low-budget wedding. And the union of Prince Harry and Meghan Markle is shaping up to be no exception.

The royal family is keeping quiet about the wedding's exact price tag, but U.K. wedding planner Bridebook estimates the total costs will end up somewhere around $43 million. And a good chunk of that money is coming from the public purse.

The Crown is paying for the core costs of the wedding, estimated at around $2.3 million. That includes stuff like flowers, decorations and catering for the wedding guests. 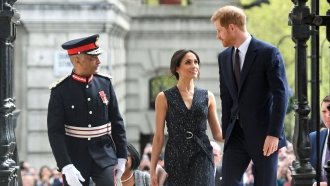 That's unlikely to set them back much; in 2016-2017, both Queen Elizabeth and her son Prince Charles made over 10 times that much money off their private estates and assets. Plus, the family gets a $100 million pool of taxpayer money to cover their official duties; it's not clear whether any of that money will go toward the ceremony.

The royals have still found a few cost-saving measures here and there. The wedding venues at Windsor Castle will be rent-free, since they own the place. And while Markle's dress is expected to cost six figures, she'll likely end up paying for it herself.

But the bulk of the event's expenses are likely going to security. Between the extra staff, longer hours and pricey technology needed to protect the wedding, the security price tag could run into the $40 million range. And that cost is directly on taxpayers.

The cost has generated some republican pushback. A petition asking Parliament not to spend public money on the wedding has racked up over 30,000 signatures so far.

Still, businesses are hoping increased trade from the event will more than make up for the cost. One consulting firm estimates the wedding will add $400 million in added tourism and $67 million in souvenir sales to the economy.