The Duke And Duchess Of Sussex Are Expecting Their First Child 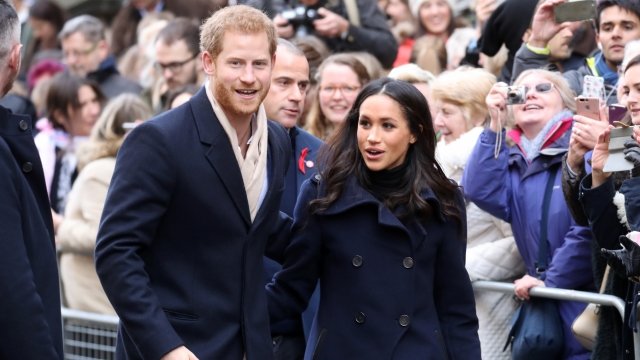 The Duke and Duchess of Sussex announced they're expecting their first child.

The news comes almost five months after the couple tied the knot in a ceremony at Windsor Castle. Kensington Palace announced Meghan will give birth next spring.

Harry and Meghan's child will be seventh in line to the British throne. But unlike the Duke and Duchess of Cambridge's children — Prince George, Princess Charlotte and Prince Louis — the baby will not have the title of prince or princess.

That's because the British royal family has pretty strict rules about titles. In fact, Charlotte and Louis are only called princess and prince, respectively, because the queen issued a special decree back in 2012.

Queen Elizabeth II would have to issue a similar order for the title to be granted to Harry and Meghan's child.