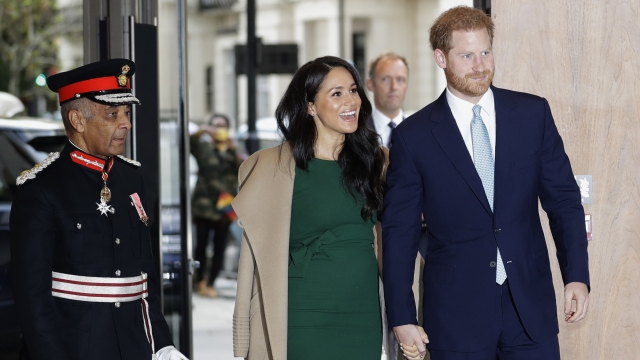 Prince Harry and his wife Meghan, the Duchess of Sussex, aren't asking the U.S. government to help pay for their security while they're residing in the country.

A spokeswoman for the couple said their security has already been "privately-funded" after President Donald Trump tweeted Sunday that American taxpayers would not be footing the bill.

As part of their plan to step back from their royal duties and become "financially independent," the couple and their son Archie are now splitting their time between the U.K. and North America.

Most of that time has been spent in Canada, where the Royal Canadian Mounted Police have been "intermittently" assisting U.K. police with Harry and Meghan's security detail. But the Canadian government says that assistance will end after they stop being working members of the British royal family.

The couple is currently living in Los Angeles.