Prince Harry And Duchess Meghan Introduce Their Son To The World 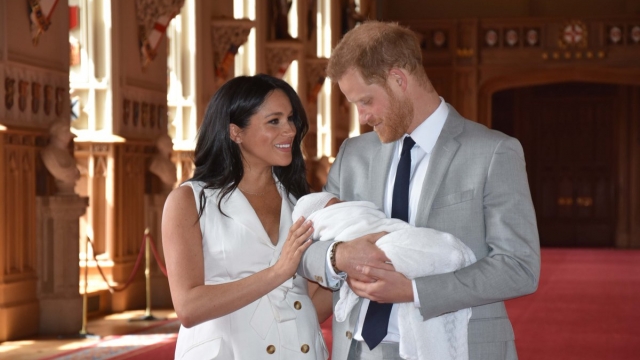 The Duke and Duchess of Sussex introduced their baby boy to the world Wednesday. His name: Archie Harrison Mountbatten-Windsor.

"It's magic. It's pretty amazing. I mean, I have the two best guys in the world, so I'm really happy," said the duchess.

Let's break down the name. So far, there's no known connection between either Prince Harry or Meghan's families and the name "Archie." It's said to mean "genuine," "bold" or "brave." The name Harrison could mean simply "son of Harry." And Mountbatten-Windsor is the surname that was created in 1960 – a combination of Queen Elizabeth II and Prince Philip's surnames.

The couple chose to not give their son a courtesy title, though many expected that to be Earl of Dumbarton — one of the duke's subsidiary titles.

The unique name isn't much of a surprise for a couple who chose to break with royal tradition for most of their birth plans. Harry and Meghan elected to keep things private, choosing to wait a couple of days before posing for photos with their newborn.