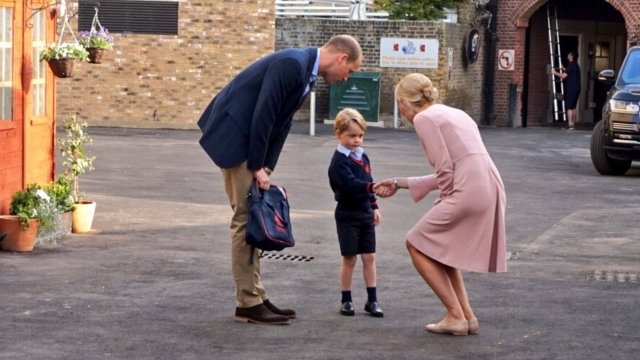 The first day of school is a pretty big deal, even for British royals.

Prince George started his first day of school Thursday. His father, Prince William, dropped him off.

The Duchess of Cambridge was reportedly unable to go due to an extreme form of morning sickness. On Tuesday, she and William announced they are expecting their third child.

Four-year-old George is attending Thomas's Battersea, a private school in South London that's promised to offer him no special treatment. There, he'll go by George Cambridge, not "prince."

But Thomas's was a bit of a surprising choice.

Many expected George to go to Wetherby — the exclusive school in Notting Hill his dad attended. But Wetherby's an all-boys school, and the Duke and Duchess of Cambridge decided to go with a coed option. 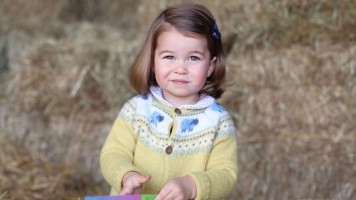 Princess Charlotte Turns 2, But The Public Gets The Gift

That means in a couple years, George's sister, Princess Charlotte, can attend Thomas's as well.

George is about the same age his dad was when he started school.

George's grandfather, Prince Charles, didn't go to school with other students until he was eight. And heirs to the throne before him had private tutors instead.