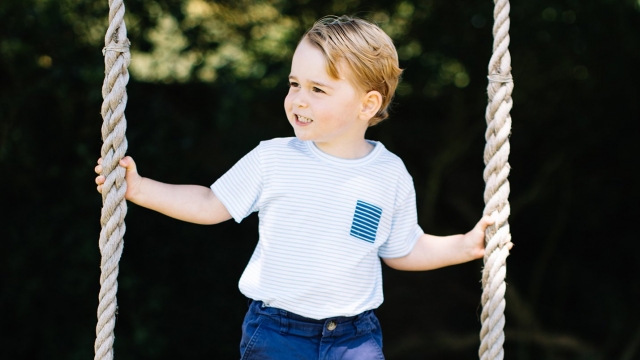 And Kensington Palace released these adorable photos of the future king to mark the occasion.

The photos, which were released Friday on Twitter, show the royal toddler playing at Anmer Hall, his family's country home in the southeastern part of the country.

And his parents, Prince William and Kate Middleton, were excited to share the shots with the world.

A spokesperson for Kensington Palace told reporters, "The Duke and Duchess hope that people will enjoy seeing these new photographs. They would like to thank everyone for all the lovely messages."

And the celebrations didn't stop with the precious photo shoot.

And according to People, the whole family is expected to head to Anmer Hall for a special tea party.

This video includes clips from The British Monarchy and BBC, and images from Kensington Palace. Music provided courtesy of APM Music.