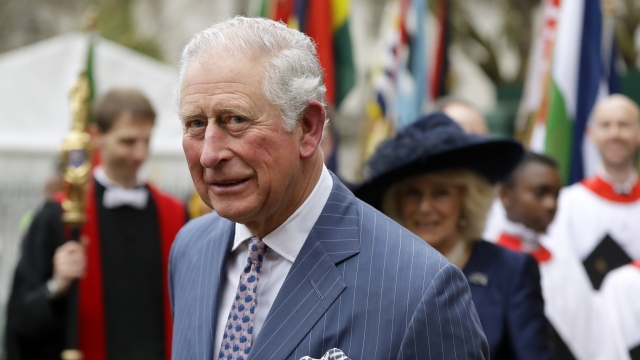 Prince Charles has been diagnosed with the coronavirus.

Charles has mild symptoms "but otherwise remains in good health," according to his official residence. It said it's unclear exactly when Charles contracted the virus, since he's carried out "a high number" of public engagements recently.

His wife, Camilla, the Duchess of Cornwall, tested negative for COVID-19. The couple is currently self-isolating at Balmoral Castle in Scotland.

Charles, who is 71 years old, is Queen Elizabeth II's eldest son and the first in line to the British throne.

A spokesperson for Buckingham Palace told the BBC the Queen is still healthy and hasn't seen Charles since the middle of March. She's temporarily moved to  Windsor Castle outside of London while the coronavirus outbreak continues to spread.

A previous version of this video misstated Prince Charles' age as 70. The story has been updated.