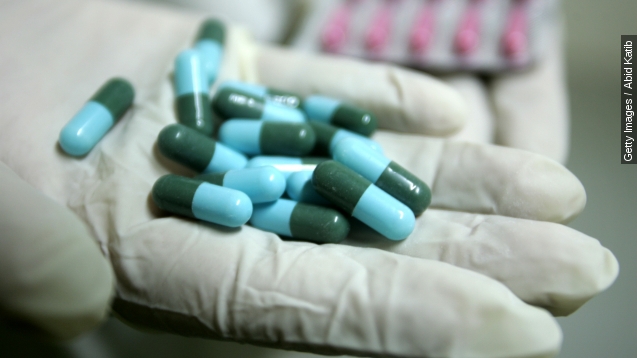 SMS
Price Increase For TB Drug Reversed After Turing Controversy
By Briana Koeneman
By Briana Koeneman
September 21, 2015
Turing Pharmaceuticals found itself in hot water after it raised the price of an important drug. And it looks like other companies took the hint.
SHOW TRANSCRIPT

Turing Pharmaceuticals suddenly found itself one of America's most hated companies after it raised the price of an important drug by more than 4,000 percent. And it looks like other pharma companies took the hint.

According to The New York Times, Rodelis Therapeutics, the company that recently acquired the tuberculosis drug cycloserine, reversed its huge overnight price increase of the drug on Monday.

The outlet claims Rodelis gave cycloserine back to its previous owner, a nonprofit organization affiliated with Purdue University, after that organization suspected the drug was being unjustly overpriced.

But it doesn't look like the company that initially struck the high-drug-price nerve will follow in Rodelis's footsteps.

Turing Pharmaceuticals refuses to budge on the price of Daraprim, a 62-year-old drug used to treat parasitic infection which suddenly jumped from $18 to $750 per tablet.

"Turing is a very small company, it’s a new company, and we’re not a profitable company. So for us to try to exist and maintain a profit I think is pretty reasonable," Shkreli told CNBC.

But that isn't stopping politicians from vowing to fight Turing tooth and nail.

Hillary Clinton announced on Twitter Monday she will lay out a plan to control "price gouging" in the "outrageous" drug industry.