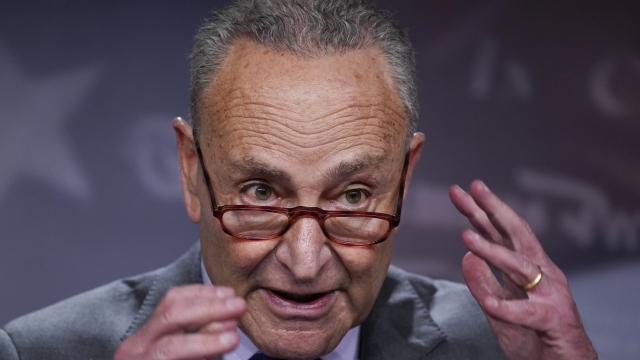 The Senate unexpectedly launched a new push Wednesday to protect same-sex marriage in federal law after a surprising number of Republicans helped pass landmark legislation in the House. Some GOP senators are already signaling support.

The legislation started as an election-season political effort to confront the new Supreme Court majority after the court overturned abortion access in Roe v. Wade, raising concerns that other rights were at risk. But suddenly it has a shot at becoming law. Pressure is mounting on Republicans to drop their longstanding opposition and join in a bipartisan moment for gay rights. 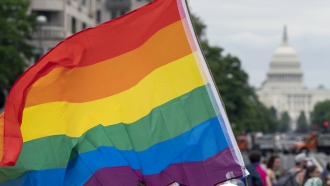 “This legislation was so important,” Senate Majority Leader Chuck Schumer said as he opened the chamber Wednesday.

The Democratic leader marveled over the House's 267-157 tally, with 47 Republicans — almost one-fifth of the GOP lawmakers — voting for the bill late Tuesday.

“I want to bring this bill to the floor,” Schumer said, “and we're working to get the necessary Senate Republican support to ensure it would pass.”

Political odds are still long for the legislation, the Respect for Marriage Act, which would enshrine same-sex and interracial marriages as protected under federal law. Conservatives, including House GOP leaders, largely opposed the bill, and the vast majority of Republicans voted against it.

But in a sign of shifting political attitudes and a need for an election-year win, some Republicans are signaling there may be an opening. Few Republicans spoke directly against gay marriage during Tuesday's floor debate in the House. And Senate Republican leader Mitch McConnell was notably silent when asked about the bill, saying he would take a look if it comes to the Senate.

“I'm going to delay announcing anything on that issue,” McConnell said, adding he would wait to see if Schumer brings it forward.

So far, the legislation has just two Senate Republican co-sponsors, Susan Collins of Maine and Rob Portman of Ohio. Lisa Murkowski of Alaska and Thom Tillis of North Carolina are among others closely watched for possible support.

In all 10 Republican senators would need to join with all Democrats to reach the 60 vote threshold to overcome a GOP filibuster.

The No. 2 Republican, Sen. John Thune of South Dakota, was doubtful Tuesday, calling the proposed legislation little more than a political message.

Social issues including same-sex marriage and abortion have sprinted to the top of the congressional agenda this summer in reaction to the Supreme Court's action overturning Roe v. Wade, a stunning ruling that ended the nearly 50-year-old constitutional right to abortion access. It set off alarms that other rights conservatives have targeted could be next.

The Respect for Marriage Act would repeal the Clinton-era Defense of Marriage Act, which put into federal law the definition of marriage as a heterosexual union between a man and woman. That 1996 law was largely overshadowed by subsequent court rulings, including Obergefell vs. Hodges in 2015, legalizing gay marriage nationwide.