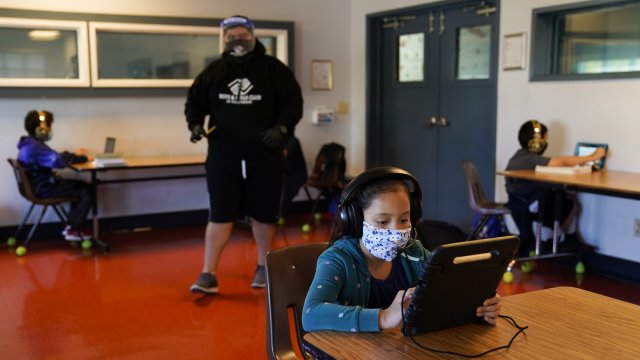 As the nation approaches the one-year mark since most public schools were shut because of the pandemic, the push is on to reopen them completely.

Only about 40 percent of children K-12 are in classrooms 5 days a week now according to the reopening tracker Burbio. The pressure is on from parents and the Biden administration.

And the faculty? The head of the American Federation of Teachers weighed in on Sunday.

"I just did a survey of my membership, and 85 percent have said that they would be comfortable being in school if they had the kind of testing, layered mitigation and vaccine prioritization," Randi Weingarten, president of the American Federation of Teachers, said.

But Fauci said vaccines for teachers should not be a deal-stopper.

President Biden has vowed to have most open by late April...the first 100 days of his administration. He wants additional dollars to help schools follow CDC school guidelines.

"Every school in the country doesn't have the funding and we need to, from the federal government, help address that."