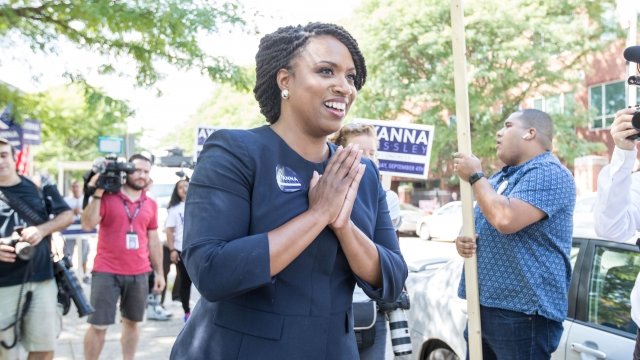 Ayanna Pressley is now on track to become the first black woman to represent Massachusetts in U.S. Congress.

Capuano, who's currently winding down his 10th term in Congress, is the fourth House incumbent to lose a primary this year. The others are Republican Reps. Mark Sanford and Robert Pittenger and Rep. Joe Crowley, the fourth-ranking Democrat who lost to Alexandria Ocasio-Cortez back in June. .

Capuano was gracious in his concession speech Tuesday night, saying "Massachusetts will be well served" with Pressley as one of its representatives.

Pressley is running unopposed in the November general election.