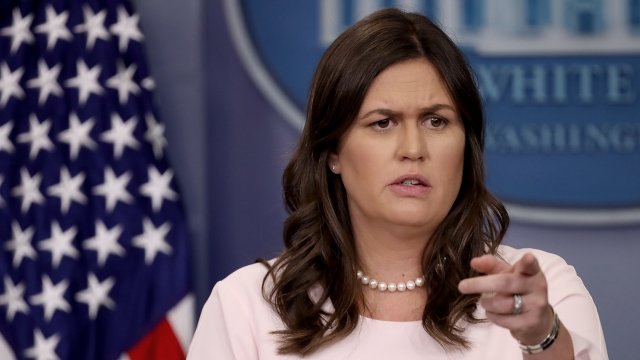 White House press secretary Sarah Sanders could have Secret Service protection as soon as Wednesday, according to sources familiar with the matter.

The Secret Service hasn't commented on why Sanders might need protection. But the reported assignment comes after Sanders was asked to leave a restaurant in Lexington, Virginia. She tweeted Saturday: "Last night I was told by the owner of Red Hen in Lexington, VA to leave because I work for @POTUS and I politely left."

The restaurant's owner, Stephanie Wilkinson, told The Washington Post: "I'm not a huge fan of confrontation. ... This feels like the moment in our democracy when people have to make uncomfortable actions and decisions to uphold their morals."

Other White House staff members could also receive protection. Demonstrators confronted Homeland Security Secretary Kirstjen Nielsen while she ate at a Mexican restaurant about a week ago.