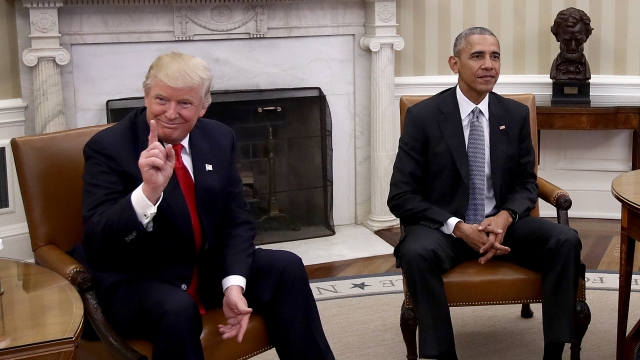 SMS
Should We Expect Trump To Repeal Obama's Executive Actions On Day One?
By Ryan Biek
By Ryan Biek
January 2, 2017
According to Trump's press secretary, expect a number of Obama's executive actions to be reversed on Trump's first day in office.
SHOW TRANSCRIPT

Donald Trump plans to repeal a number of President Barack Obama's executive actions on his first day in the White House.

"On day one he's going to sign a series of executive orders to do two things. One is repeal a lot of the regulations and actions that have been taken by this administration over the last eight years that have hampered economic growth and job creation," Trump's press secretary Sean Spicer told ABC.

But Spicer didn't say which executive actions Trump plans to undo, leaving many in the media to speculate.

CNN notes Trump often criticized Obama's actions when it came to immigration, energy and foreign policies, so those might be areas to keep an eye on.

And with over 260 executive orders issued by Obama, there could be a lot Trump wants to change. 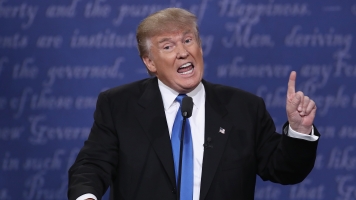 In an outline of his first 100 days, Trump himself promised to "cancel every unconstitutional executive action, memorandum and order issued by President Obama."

The speed of Trump's potential action could be noteworthy. About one week earlier, former Speaker of the House Newt Gingrich predicted Trump may revoke up to 70 percent of Obama's executive orders within his first days as president.

Besides reversing executive orders, Spicer told ABC the president-elect wants to implement a five-year ban to keep ex-members of his administration from serving as lobbyists, and a lifetime ban on them serving foreign governments.

Spicer told ABC," If you want to serve in a Trump administration, you're going to serve this country, not yourself."