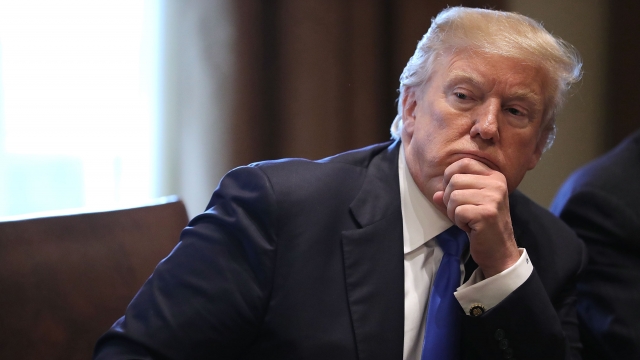 If some states get their way, an unofficial tradition could become required by law for presidential candidates.

Lawmakers in at least three states including New Jersey, Washington and California have proposed a requirement for those running for the highest office in the land to turn over tax documents to get their names on the ballot. Revealing tax returns has been somewhat of a tradition since the 1970s but President Trump upended that precedent when he refused to release his tax returns during the 2016 election.

"So there are all kinds of things in a tax return that'll really show you exactly what kinds of economic activities this person's been engaged in what kind of deductions they take," said Elizabeth Sherman, a politics professor at American University. "So it's a real profile of the person's economic activities and I think that the American people are very interested in that."

At least 25 states have previously considered the requirement in recent years, but none have been able to enact the legislation into law. In 2017, California and New Jersey state lawmakers sent similar bills to Democratic Governor Jerry Brown and Republican Governor Chris Christie, respectively, but both leaders rejected the legislation.

"I think that the states are now recognizing what was once a norm [and] tradition, expected of all presidential candidates that they would release their tax returns," Sherman said. "They now realize this has to be a legal requirement. And so I think we might see those states and other states follow suit."

Opponents argue the laws could be unconstitutional although states are able to determine how federal elections are run within their borders. If enacted, the proposals could likely face lengthy court challenges.

Several Democratic candidates for president have released their tax returns since announcing their bid for the White House.

"Not only are they drawing attention to themselves and saying I have nothing to hide but they're also drawing a contrast to President Trump who steadfastly refuses to release his tax returns," Sherman added.