Presidential Election In Congo Riddled With Issues For Voters 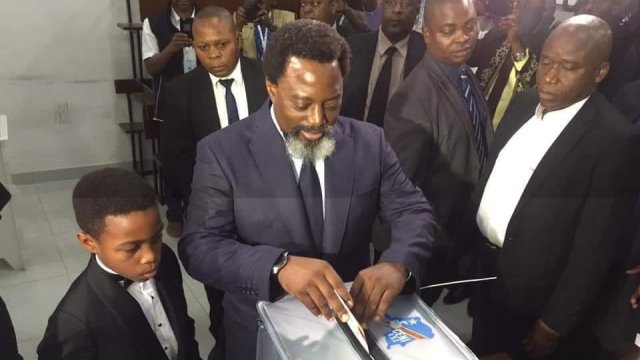 SMS
Presidential Election In Congo Riddled With Issues For Voters
By Caitlin Baldwin
By Caitlin Baldwin
December 31, 2018
Voters were deciding who will replace President Joseph Kabila, who's been in power for 17 years.
SHOW TRANSCRIPT

The presidential election in the Democratic Republic of Congo on Sunday was riddled with setbacks.

Multiple outlets report many polling stations in the capital of Kinshasa didn't open Sunday and that voters struggled to find their names on registration lists.

Some polling stations reportedly had damaged or even missing voting machines. That's likely because a warehouse fire destroyed thousands of the machines earlier this month.

The election had already been postponed for more than two years due to several setbacks, including that warehouse fire. And as Newsy previously reported, voting has been delayed in three cities due to ethnic violence and an Ebola outbreak. Those areas won't cast ballots until March. Some critics say the decision was a ploy to cause chaos before the vote.

The country's election commission said provisional results will be announced Jan. 6, but both the ruling and opposition parties have already claimed unofficial victory in the race.