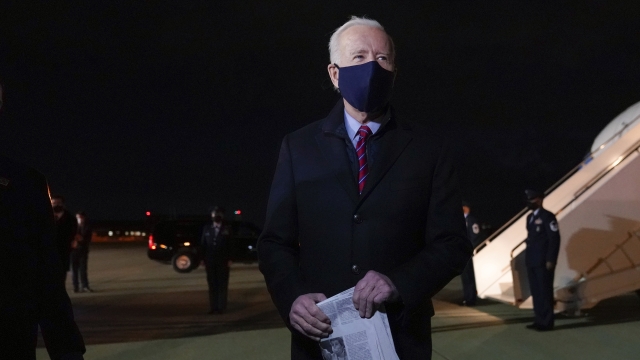 SMS
Pres. Biden Says He'll Push For COVID Relief Bill Without GOP Support
By Newsy Staff
By Newsy Staff
February 5, 2021
The president said Americans "will see another round of critical aid" with or without Republican lawmakers' votes.
SHOW TRANSCRIPT

President Biden is going big, not bipartisan, on his COVID relief plan.

He's made it clear that Americans "will see another round of critical aid," and he says fast.

After weeks of saying he was optimistic about Republican support, now he says if Republicans aren't along for the ride, so be it.

"What Republicans have proposed is either to do nothing or not enough," said the president. "A lot of folks are losing hope. And I believe the American people are looking right now to their government for help to do our job, to not let them down. So I'm going to act."

Democrats have now opened the door to get this done with a simple majority in the Senate. That means the $1.9 trillion plan is a step closer to reality. Republicans are trying to put the brakes on this, criticizing the size of the price tag and the broad brush of the stimulus checks.

"A lot of people believe that in this package, the direct payments go to people who really aren't going to spend the money," said Sen. Lindsey Graham.