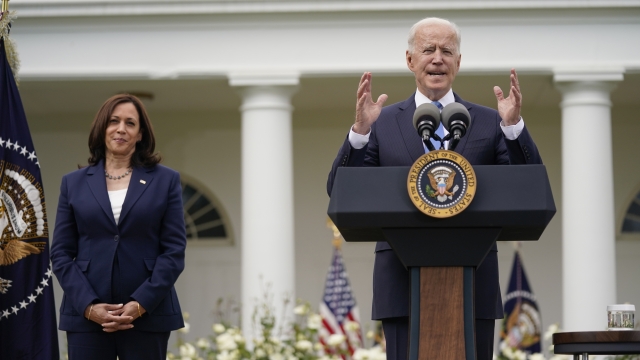 Vice President Harris is in Guatemala and President Biden leaves for Europe Wednesday.

This week, the president and vice president are each making their first foreign trips since taking office. One to the east and the other to the south.

She's leading the Biden administration's efforts to confront the border crisis and aims to address the root causes of migration. She held a joint news conference with Guatemala's president where she announced several new initiatives, including a new government task force to combat human smuggling and trafficking.

"When we see some of the most vulnerable in our communities being taken advantage of, being sold for profit, being abused, it should be a priority for all of us who care about the human condition and humanity," she said.

As for President Biden, he leaves for Europe Wednesday.

He'll meet with Queen Elizabeth II and British Prime Minster Boris Johnson in the U.K. before heading to a NATO summit in Belgium.

He'll later have his much-anticipated summit with Russian counterpart, Vladmir Putin. That will be their first in-person meeting since President Biden took office.

Several thorny issues could come up, including election interference, cyberattacks and Russia's approach to Ukraine.

Three months ago, President Biden called Putin a "killer," drawing criticism from the Kremlin, with an official saying its relationship with the U.S. was "very bad."

U.S. National Security Advisor Jake Sullivan said, "Joe Biden is not meeting with Vladimir Putin despite our country’s differences, he's meeting with him because of our countries' differences. There's simply a lot we have to work through."