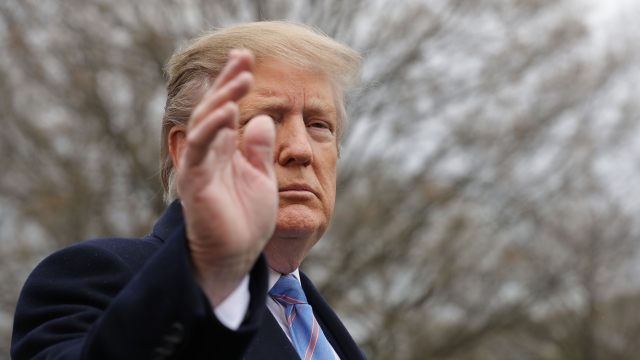 President Donald Trump traveled to Calexico, California Friday for a roundtable on immigration and border security. He also toured a recently installed section of border fencing.

During the roundtable, President Trump once again referred to the situation at the border as an emergency, saying there's a "colossal surge" in our immigration system.

President Trump's visit came after he recently threatened to close the U.S.-Mexico border. He tweeted last Friday that "if Mexico doesn't immediately stop ALL illegal immigration coming into the United States [through] our Southern Border, [he] will be CLOSING the Border, or large sections of the Border, next week."

But on Friday, President Trump thanked Mexico for their work at the border, saying they've "apprehended people by the thousands" over the last four days. This comes a day after President Trump said he'll impose a 25 percent tariff on cars coming in from Mexico, if the country doesn't curb the flow of drugs being smuggled into the U.S. He said he's still open to closing the border down the line, but would "rather do tariffs" instead.

The Trump administration has recently tried to respond to the recent surge in migrants at the U.S.' southern border. On Monday, Department of Homeland Security Secretary Kirstjen Nielsen ordered hundreds more Customs and Border Protection personnel south to respond to this "crisis."