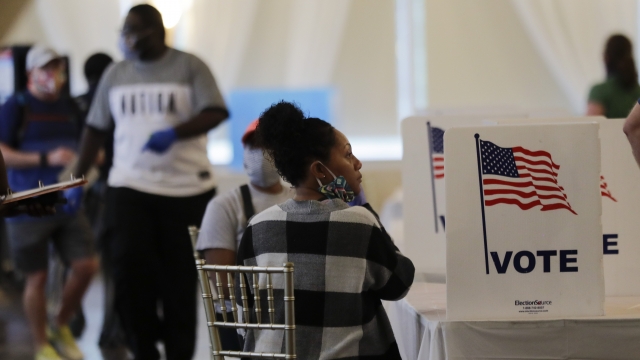 President Donald Trump unveiled a plan Friday focused on netting a larger share of the Black American vote in the November election.

The president said, "If you vote Republican over the next four years, we will create three million new jobs for the Black community. Open 500,000 new Black owned businesses, increase access to capital in Black communities by $500 billion."

Aside from the economic promises, one proposal in the plan vows to prosecute the Ku Klux Klan and Antifa as terrorist organizations. Another designates Juneteenth as a federal holiday.

Less than six weeks ahead of the election, the president made the announcement in Atlanta, Georgia. Polls show he's neck and neck with with former Vice President Joe Biden in the state.

"I did more for the black community in 47 months. So they use that line. I don't want to ruin it by saying at a second time. It was in the video, but I will say it again: than Joe Biden did in 47 years," said President Trump.

Black Americans make up about 13% of the U.S. population, but 33% of Georgia's. And many political experts say President Trump can't win the election without Georgia.