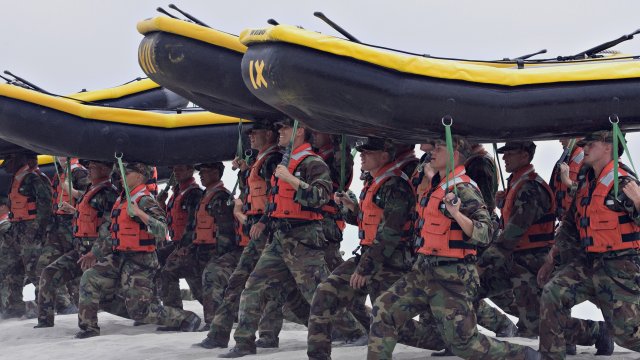 President Trump said he will reverse a recent move by the Navy Seals to make their slogans more inclusive.

The Navy said it would be making its slogans gender neutral by removing the words "brotherhood" and "man." The Navy said they were created before women were allowed to serve in the Seals.

President Trump responded on Twitter calling the change "ridiculous." He said he will be overturning the order immediately. It's unclear if the President will act on his comment.