Trump Says He Will Release Transcript Of Second Call With Ukraine 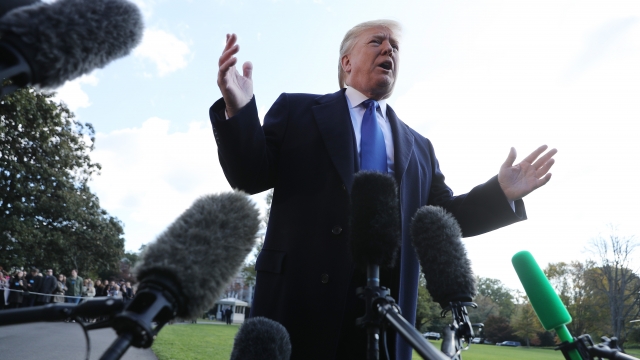 SMS
Trump Says He Will Release Transcript Of Second Call With Ukraine
By Alec Larson
By Alec Larson
November 10, 2019
President Trump said that he will "probably" provide a transcript of an April call with Ukraine's President on Tuesday.
SHOW TRANSCRIPT

President Donald Trump told reporters on Friday that he plans to release the transcript of a second phone call with Ukraine President Volodymyr Zelenskyy.

"Now they wanna have a transcript of the other call, the second call, and I’m willing to provide that. We’ll probably give it to you on Tuesday," the president said.

The phone call occurred in April, months before the July call with Ukraine that has become the focus of the ongoing impeachment inquiry. President Trump said that he first spoke with Ukraine's president in April.

The president described the call as "very important," adding: "You'll read the second call, and you'll tell me if there's anything wrong with it."

While President Trump had previously released what he described as a "transcript" of his July call with Zelenskyy, it was actually more of a summary, as opposed to a record of the verbatim dialogue between the two world leaders. It remains to be seen what form the "transcript" of the April call will take.