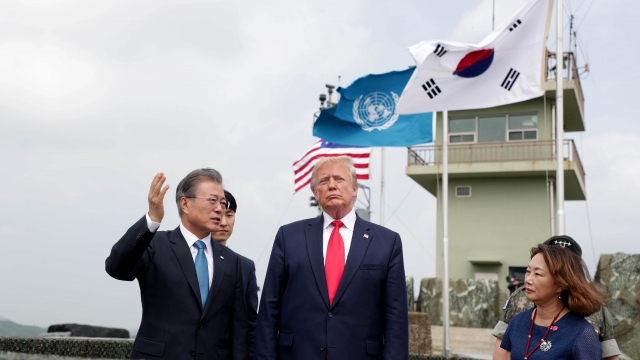 South Korean President Moon Jae-in will travel to New York for the U.N. General Assembly, which runs Sept. 22-26, and at some point during that trip the presidents are expected to have a meeting, according to Moon's spokesperson.

That announcement comes just days after some mixed signals from North Korea.

On Tuesday, North Korea said it's willing to resume nuclear talks with the United States. North Korea's First Vice Foreign Minister said in a statement the country is willing to talk toward the end of September; the two countries just need to agree on a time and place.

But hours later, North Korea fired two unidentified projectiles toward the East Sea, according to a statement from South Korea's Joint Chiefs of Staff. This is now the eighth round of launches the country has set off since late July.