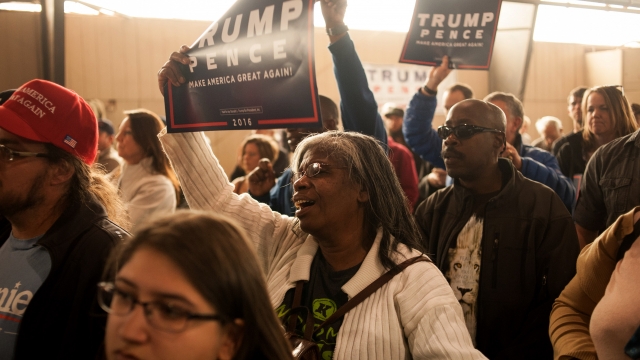 President Donald Trump's campaign is launching a new initiative aimed at increasing support among a group of voters he struggled with in 2016.

"The President has made engagement especially with the black community one of his top priorities not just on this campaign but going back to the 2016 election," said Paris Dennard, who is a senior advisor with the Trump campaign.

The Trump campaign is launching the 'Black Voices for Trump' coalition to highlight  record low unemployment for the black community, his efforts on criminal justice reform, education and support of HBCUs.

The President has been accused of stirring up racial tensions and critics have also called out language used in his tweets such as when blasted four congresswoman of color and late Congressman Elijah Cummings.

A recent Quinnipiac poll found 82 percent of black Americans want to see President Trump impeached and removed from office and 88 percent disapprove of his job performance.

The President received even lower marks on the topic of race in an an AP-NORC poll with 92% of black Americans disapproving of his handling of race relations.

"I think the president has a challenge to break through from what I think is the filter of the Democrat party and Speaker Pelosi and the squad and the filter of the mainstream media who has created a narrative that this president is racist that this president does not care about the black community and has not done anything for the black community when actually the data and the facts show that he actually has."