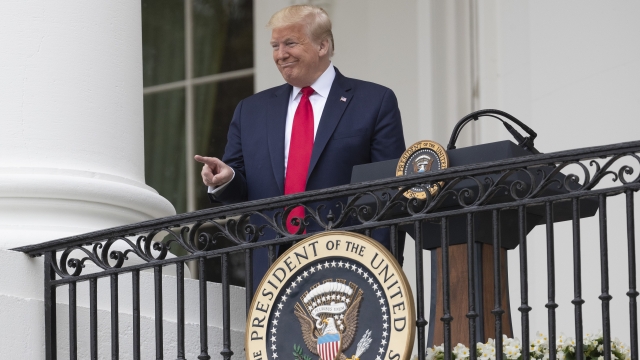 President Trump says he will attend the highly anticipated SpaceX launch in Florida this week. He says the trip is about more than just space exploration.

On Wednesday, two NASA astronauts will be launched from the Kennedy Space Center for the first time since the space shuttle nine years ago. They will board the Crew Dragon SpaceX Falcon 9 rocket owned by tech billionaire Elon Musk. The ship has transported goods to the International Space Station in the past, but Wednesday's launch will be the first time one of its rockets will hold a crew.

According to a White House official, the president said the SpaceX launch wasn't just about the spectacle of sending U.S. astronauts to the space station. He said, "Our destiny, beyond the Earth, is not only a matter of national identity, but a matter of national security." Many say the launch symbolizes a reassertion of American leadership in space.