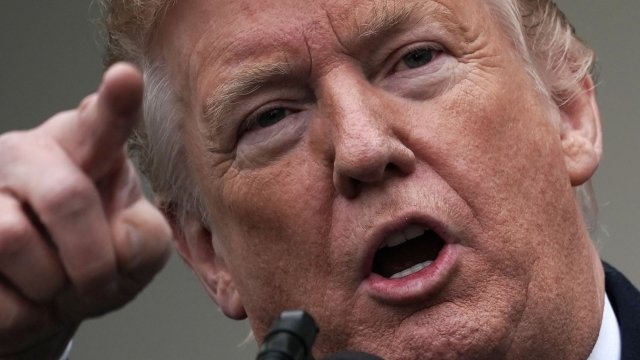 Trump said the address is scheduled for 9 p.m. Eastern. Four major broadcast networks — ABC, CBS, FOX and NBC — have agreed to grant him the prime-time slot.

Earlier on Monday, it was in question if networks would broadcast the address.

White House requests to interrupt prime-time programming are rare, and they're usually only done for very important announcements, like the death of Osama bin Laden in 2011. Trump said in a tweet the southern border is facing a "Humanitarian and National Security crisis."

His announcement comes shortly after White House press secretary Sarah Sanders said he'll pay a visit to the southern border on Thursday.The announcement also comes as the partial government shutdown heads into its third week, mostly because of the president and lawmakers' dispute over border wall funding. The Trump administration requested $5.7 billion Sunday for a "steel barrier" along the U.S.-Mexico border, as well as $800 million more to "address urgent humanitarian needs" at the border — such as more processing facilities and better medical care.