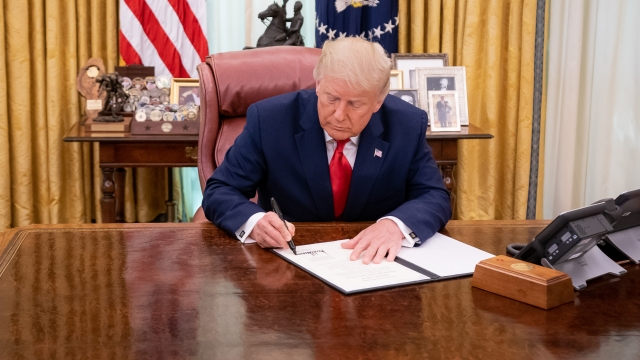 President Trump is threatening to cut federal funds to what he called "lawless zones."

New York Gov. Andrew Cuomo took issue with the memo, saying President Trump is "not a king" and "cannot defund" New York City or others, especially when states and cities need those funds to fight the pandemic.

"As far as this statement he's going to stop funding for New York City - he's not a king. He thinks he's a king but he's not. He's a President. But there's the Constitution and there are laws, nothing that he knows anything about.... I suspect it's more of a political statement that he's making than anything else, but it's also illegal what he's talking about. So that's my response to the President," Cuomo said.