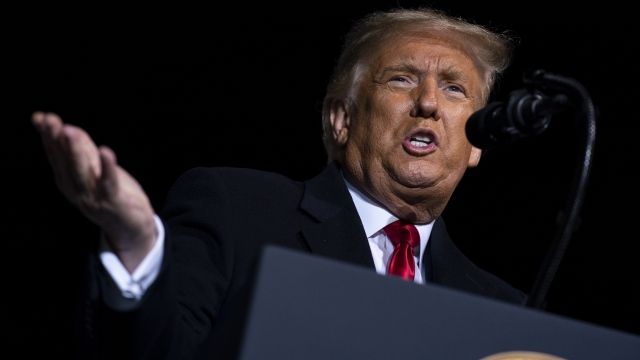 President Donald Trump is taking his tax return dispute back to the Supreme Court.

The Manhattan district attorney has been fighting to access the president's income tax documents for years as part of a criminal probe into his businesses.

On Tuesday, President Trump's personal lawyers asked the high court to freeze a lower court ruling that would grant the district attorney access.

It's the second time in less than a year the issue has been brought before the justices.