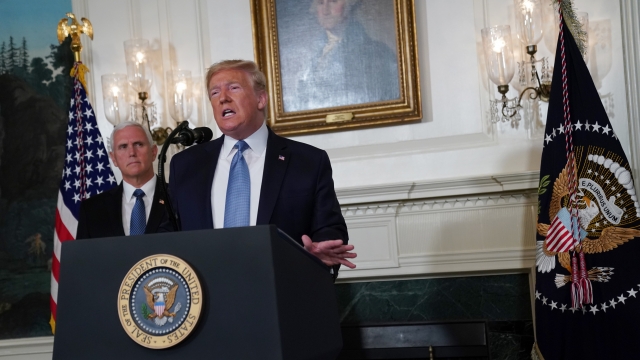 President Donald Trump sued the state of California on Tuesday over a new law requiring presidential candidates to disclose their income tax returns in order to appear on the state's primary ballots.

President Trump's lawyer argues that the law violates the First Amendment and adds an "unconstitutional qualification" to the already fixed set of requirements for presidency.

Gov. Gavin Newsom signed the "Presidential Tax Transparency and Accountability Act" on July 30. He says the state is within its rights to make and enforce the law, based on the fact the Constitution lets states determine how their electors are chosen.

Newsom responded to the president's lawsuit on Twitter, writing, "There's an easy fix Mr. President — release your tax returns as you promised during the campaign and follow the precedent of every president since 1973."

But Rick Hasen, a legal expert from the University of California Irvine, told CNN the law is of "uncertain constitutionality." He said it's unclear whether state legislators have the power to enact a new requirement for presidential candidates.

One of the law's sponsors, California Sen. Mike McGuire, told CNN: "This bill applies to all candidates. It doesn't discriminate. And that's why I believe this bill will be ruled constitutional."

President Trump's team has also filed lawsuits in federal courts throughout the country in attempts to stop House Democrats from obtaining his New York tax returns under a new state law.