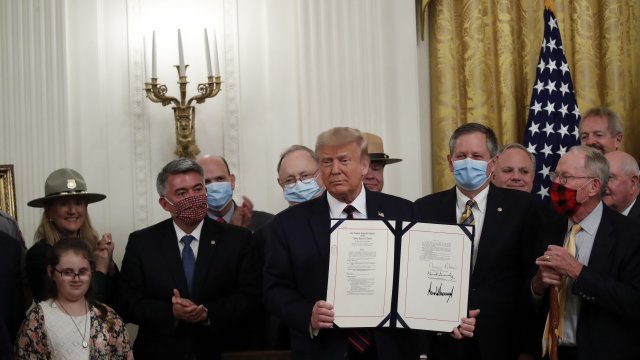 The $3 billion-per-year "Great American Outdoors Act" will fully pay for the Land and Water Conservation Fund, which preserves access to public lands. It's also meant to help cover the estimated $20 billion maintenance backlog on federally owned lands, including national parks and forests.

Opponents say it's not enough to do that. Supporters, meanwhile, call it the most significant conservation legislation enacted in nearly half a century.

The House and the Senate cleared both bills by overwhelming bipartisan margins this summer. The late Rep. John Lewis sponsored the original measure that passed the House and contained Senate amendments.