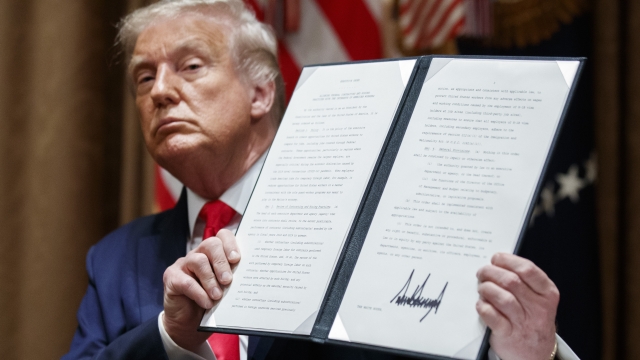 On Monday, President Trump signed an executive order that aims to prevent federal agencies from outsourcing jobs to foreign workers.

The order mandates that before outsourcing contract jobs, agencies must prioritize hiring U.S. residents and green card holders. It also requires federal agencies to perform an internal audit of their employees.

The move follows an announcement made by the federally-owned Tennessee Valley Authority in June that it would lay off roughly 60 employees as part of a broader plan to outsource data and programming work. TVA officials at the time said the decision was intended to keep rates as low as possible.

In response, President Trump complained that the TVA was “unfairly replacing American workers with low-cost foreign labor" and threatened to remove TVA officials and board members. The president later received notice that the TVA's CEO had indicated a willingness to "reverse course" on the matter.

The TVA supports the executive order. The Trump administration reportedly plans to announce other changes to the H1-B visa program in the coming weeks.