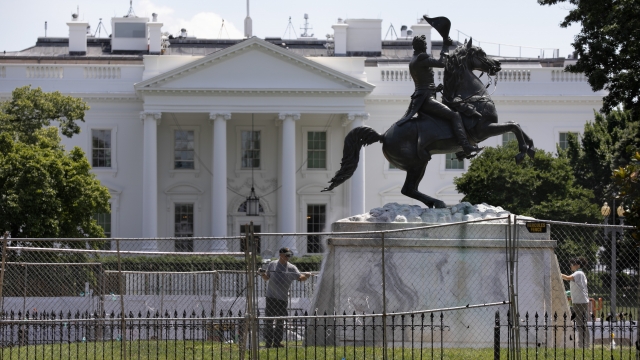 On Friday, he wrote on Twitter: "I just had the privilege of signing a very strong Executive Order protecting American Monuments, Memorials, and Statues - and combatting [sic] recent Criminal Violence. Long prison terms for these lawless acts against our Great Country!"

The president's been talking about signing it all week. He's called out protesters who have torn down monuments, most of them honoring Confederate figures.

The White House has not released the text of the order yet, so it's unclear how it differs from the existing Veterans' Memorial Preservation Act. Earlier this week, the president said he'd invoked that act to order the arrest of anyone who vandalizes or destroys monuments and issue a penalty of up to 10 years in prison.