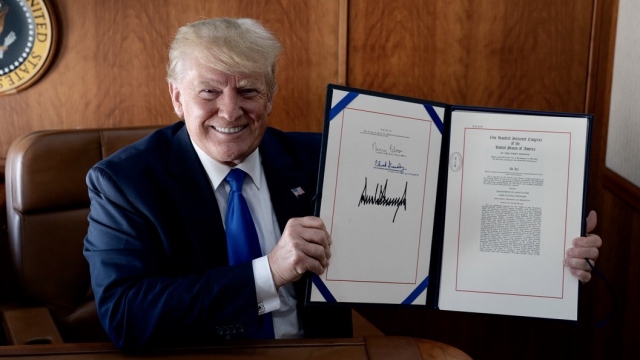 It look months of negotiations and delays to reach this moment.

The Senate passed the bill in late May. After that, House Democrats tried to push the bill through using unanimous consent, but due to a few objections, lawmakers had to wait until after they got back from recess to vote on it. The House finally passed the $19.1 billion relief bill earlier this week by a vote of 354-58.

The bill includes $900 million in aid for Puerto Rico. The money is meant to help it recover from Hurricane Maria, which killed thousands of people.

President Trump tweeted shortly after he signed the bill on Thursday: "Puerto Rico should love President Trump. Without me, they would have been shut out!"

That last part has some people doing a double-take — President Trump had previously opposed the bill partly because it included money for Puerto Rico. He also said he thought Puerto Rico would use the funding to pay off its debts.

The bill does not include additional border wall funding like President Trump initially requested.