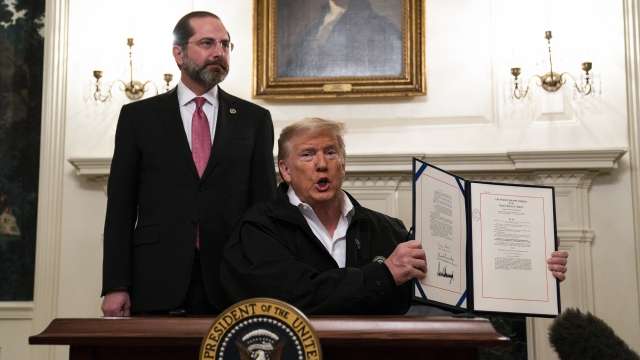 Funds will be used to address the virus on a national and international level.

On Friday, President Trump signed a measure allocating $8.3 billion to address the coronavirus outbreak, as the number of cases continues to climb globally.

The measure provides financial support to public health agencies, local governments and the economy, as negotiated by the House and Senate Appropriations committees.

Here is a breakdown of where the funds will go. Roughly $7.7 billion of the measure is new discretionary spending, while $490 million is mandatory spending through a Medicare change, according to Politico. Of the $8.3 billion, $1.3 billion is for fighting the virus on a global level. Around $2.2 billion of the measure is for assisting federal, state and local governments in preparing and responding to the virus. Funds from the measure will also be used for developing a vaccine and payment support for telehealth.

The measure comes as the global economy has taken a hit from the outbreak and as governments around the world scramble to get more testing kits out.