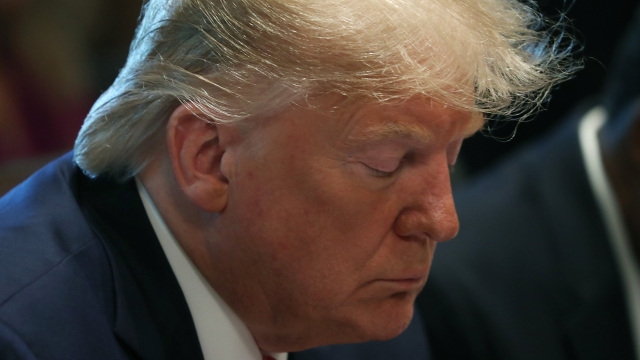 The first would require Washington to assess Hong Kong's status as a U.S. trading partner each year, as well as impose sanctions and other penalties against those who are undermining the city's autonomy. The other bans exports of certain items for the Hong Kong police, including rubber bullets, stun guns and pepper spray.

President Trump said in a statement: "I signed these bills out of respect for President Xi, China, and the people of Hong Kong. They are being enacted in the hope that Leaders and Representatives of China and Hong Kong will be able to amicably settle their differences leading to long term peace and prosperity for all."

China condemned the bills last week, saying it planned to retaliate if they became law. And Hong Kong's government said the bills were "unnecessary and unwarranted."

President Trump's signing of the two bills comes as a standoff between protesters and police came to an end at Hong Kong's Polytechnic University. But more protests are expected this weekend.