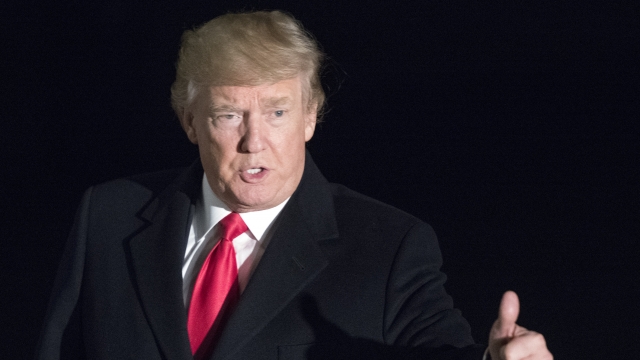 SMS
President Trump Scraps US Delegation's Trip To Davos
By Briana Koeneman
By Briana Koeneman
January 18, 2019
Trump canceled the trip "out of consideration for the 800,000 great American workers not receiving pay and to ensure his team can assist as needed."
SHOW TRANSCRIPT

The U.S. won't be sending a delegation to the World Economic Forum in Davos, Switzerland, due to the partial government shutdown.

White House press secretary Sarah Sanders announced the decision in a statement Thursday. She said President Donald Trump scrapped the trip "out of consideration for the 800,000 great American workers not receiving pay and to ensure his team can assist as needed."

President Trump said in a tweet earlier this month he wouldn't be attending the economic conference because of the shutdown. He blamed the cancellation on Democrats, who have refused to give the president $5.7 billion to build a wall along the U.S.-Mexico border.

President Trump, Treasury Secretary Steve Mnuchin, Secretary of State Mike Pompeo, Commerce Secretary Wilbur Ross and other officials were supposed to head to Davos Jan. 22. This would have been the president's second appearance at the high-profile economic conference.