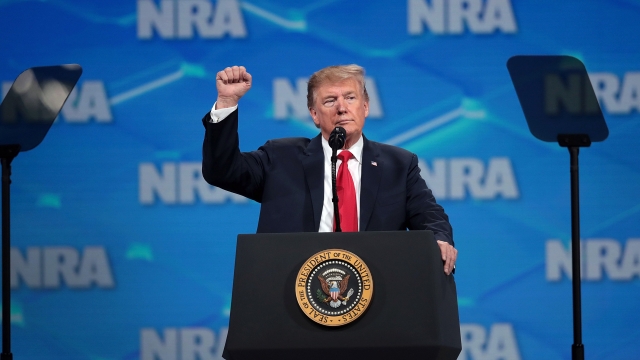 New York AG Letitia James announced on Saturday that her office had launched an investigation into the NRA and issued subpoenas to the organization. She didn't say what the investigation was based on.

On the same day, NRA President Oliver North announced he wouldn't run for a second term. Before he stepped down, some outlets reported that North had accused the group's CEO, Wayne LaPierre, of financial misconduct and attempted to extort him.

President Trump said on Twitter that the organization needs to "get its act together quickly, stop the internal fighting, and get back to greatness — fast."

New York Gov. Andrew Cuomo responded to the president's allegations of an illegal investigation by saying, "Unlike you, New York is not afraid to stand up to the NRA." The state AG's office also put out a statement that said, in part: "Attorney General Letitia James is focused on enforcing the rule of law. In any case we pursue, we will follow the facts wherever they may lead."