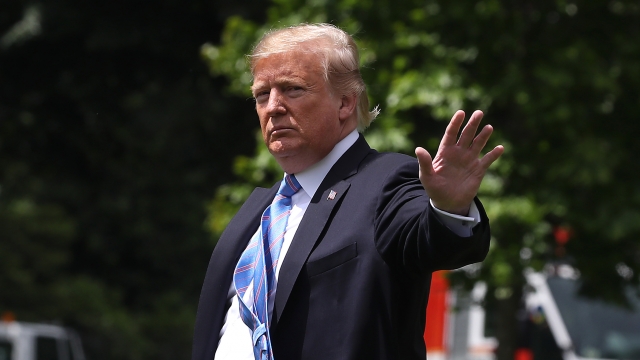 The Trump administration is pushing back against reports that as many as 120,000 U.S. troops might head to the Middle East.

"I think it's fake news. OK. Now would I do that? Absolutely. But we have not planned for that. Hopefully we're not going to have to plan for that. And if we did that would send a hell of a lot more troops than that," Trump said.

Tensions started ramping up in the region after Iran announced last week it would stop complying with some of the terms in the landmark nuclear deal.

Even though that specific troop plan might not exist, Secretary of State Mike Pompeo recently told CNBC the administration is working on some kind of contingency plan for Iran.

Concerns about Iranian aggression might not be unfounded. An advisor for Iranian President Hassan Rouhani tweeted at President Trump Tuesday, saying "You wanted a better deal with Iran. Looks like you are going to get a war instead."