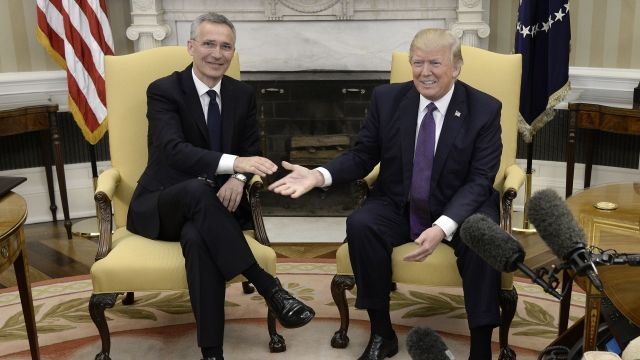 President Trump has changed his mind about NATO.

"I said it was obsolete; it's no longer obsolete," he said.

Trump announced his reversal during a joint press conference with NATO's Secretary-General Jens Stoltenberg on Wednesday.

During the campaign and even as president-elect, Trump referred to the Western alliance as "obsolete."

"I have said that NATO was obsolete because it did not properly cover terror," Trump said in July 2016.

On Wednesday, he said, "I complained about that a long time ago and they made a change, and now they do fight terrorism."

As he did during the campaign and in his first months in office, Trump also called on NATO's 27 other member countries to pay up. 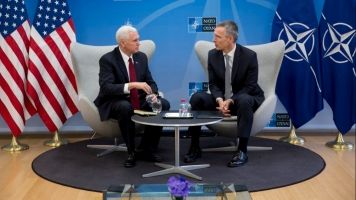 Pence Reaffirms Commitment To NATO But Tells Members To Pay Up

Stoltenberg agreed, saying more countries are paying 2 percent of their GDP for defense, but there's still "some work to do."

"Last year, there were five allies spending 2 percent. This year, Romania has declared that they will reach 2 percent. Next year, Latvia and Lithuania will also reach 2 percent, so we go from five to eight — which is at least going in the right direction," Stoltenberg said.

Just before Trump took office, the U.S. sent about 3,500 military personnel to Poland. It was meant to show the U.S.' commitment to its European NATO allies' security. And it appears to have worked.

"I welcome the very strong commitment of the United States to the security of Europe. We see this commitment not only in words but also in deeds," Stoltenberg said Wednesday.

And in an apparent sign of support for NATO, Trump signed ratification documents Tuesday to help Montenegro join the alliance.