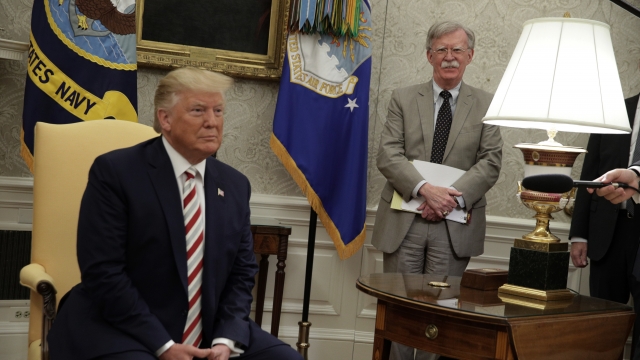 The announcement came in a series of tweets. President Trump said he had told Bolton the previous night that "his services [were] no longer needed at the White House."

"The president is entitled to the staff that he wants at any moment," Pompeo said. "A staff person works directly for the president of the United States, and he should have people that he trusts and values and whose efforts and judgments benefit him in delivering American foreign policy. It's what, as Cabinet and secretary members, [Secretary Steven] Mnuchin and I try do each and every day, and when the president makes a decision like this, he's well within his rights to do so."

Political analyst Robert Costa said Bolton texted him shortly after the announcement: "Let's be clear, I resigned, having offered to do so last night."