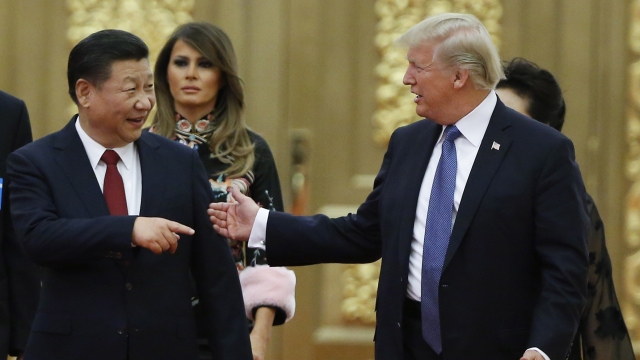 "I think President Xi of China — great relationship with him — I think he'll be there," President Trump said Monday. "We are scheduled to talk and to meet. I think interesting things will happen. Let's see what happens."

A meeting hasn't been formally set yet, but a Chinese source told Newsy the two sides are working on a June 29 meeting date. The meeting would happen on the sidelines of the summit in Osaka, Japan.

The Trump administration raised tariffs on $200 billion worth of Chinese goods last month. In response, China raised tariffs on $60 billion in U.S. goods. Washington and Beijing have been trying to reach a trade agreement for a long time now, but tensions between them have only increased.

In an interview with CNBC on Monday morning, President Trump said additional tariffs on Chinese goods will be levied if Xi does not attend the G-20. And when asked if the new tariffs would be immediate, he told CNBC:

The G-20 summit is scheduled for June 28-29. Leaders from the EU and 19 countries are expected to attend.