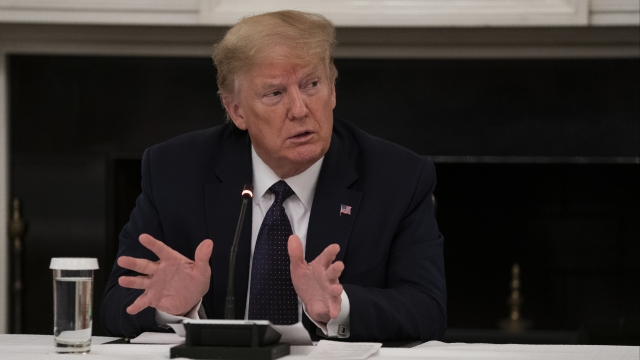 SMS
President Trump Says He Is Taking Hydroxychloroquine
By Meg Hilling
By Meg Hilling
May 19, 2020
Despite the president's comments, some medical experts are skeptical about its effectiveness on COVID-19.
SHOW TRANSCRIPT

President Trump announced Monday that he has been taking the anti-malaria drug hydroxychloroquine, but he says he has not tested positive for COVID-19.

President Trump has repeatedly touted the drug as a possible treatment for the coronavirus, despite medical experts warning of increased cardiac arrests among some patients, as well as studies indicating that COVID-19 patients who received the drug did not benefit from it.

"Here's my evidence. I get a lot of positive calls about it. The only negative I've heard was the study where they gave it was at the VA with, you know, people that aren't big Trump fans," President Trump said.

In a statement released Monday night, the president's physician, Sean Conley, said that he and the president "concluded the potential benefit from treatment outweighed the relative risks."

President Trump's remarks regarding his use of the drug come as a handful of COVID-19 cases have been diagnosed among staff in the White House.